How can we enable low carbon living in a city?

There are many who navigate living low carbon in current city conditions, imagine how much more we can reduce and how even more people can live more sustainably too with a city that is adapted for it.

45 % of carbon emissions are from the products we use everyday

Yet, our cities are often built for ‘consumption and convenience culture’ where consumption is often almost the default, taking the place of community and connection – which creates a lot of waste and emissions

From the perspective of a citizen with the lived experience I’ll be sharing some examples of city-scale initiatives and strategies I’ve been inspired by:

This island is renowned for its recycling bringing a country from virtually no recycling to its claimed 55% average recycling rate now, their 4-in-1 recycling programme is a coordinated effort between all parties – citizens, government, industry to manage their Regulated Recyclable Waste (“RRW”)

The Recycling Fund (1996) is a critical success factor  where manufacturers and importers of products pay fees depending on the quantity of product they put on the market > fund subsidises municipal and private recycling collection, education, R&D, grants for municipalities and citizen groups.

The evolution of Taiwan’s recycling and waste management is also due to the influence of the government’s strong working relationship with community groups, frequently joining forces till today. Particularly the Homemakers United Foundation, a group of Taiwanese housewives.

One of their leading organisations, the Tzu Chi Foundation has also been impactful here in Malaysia – 1,140 recycling points. Food and organic waste makes up >40% of our landfill in Malaysia, cut the release harmful GHG emissions, particularly methane. Imagine what how much we could reduce if these initiatives were implemented?

The Australia government’s Food Waste For Healthy Soils fund puts organic waste to productive use on agricultural soil, they aim to provide Food Organics and Garden Organics (FOGO) kerbside collection to all households by 2023.  The organic waste diversion target alone not only adds value to their economy and very importantly, but also avoids 2 mil tonnes of GHG per year (the equivalent of taking 500k cars off the road).

The City of Boroondara structures their waste management, motivates good behaviour by flipping the switch to make  waste reduction the default mode. The frequency of collection reflects how waste segregation is prioritised:

Contamination drops dramatically after the first year (people get used to it) – surprisingly, contamination in FOGO (2%) is only a small fraction compared to the contamination in recycling (9%) due to missorting. They back this up with community education and engagement where the council conducts free regular classes on composting and subsidises compost bins for residents who wish to compost on their own, it essentially reduces the amount of organic waste that needs to be transported off site to central composting facilities. This is a similar system implemented in multiple cities and townships throughout Australia, currently 30% of counties in Australia have FOGO.

This is home of one of the world’s first BRTs. As pioneers in sustainable cities and dubbed one of the greenest cities in the world, they have put a value to waste with their programme incentivised residents to trade recyclable waste for fresh food (usually sourced from surplus crops from regional farms), bus tokens, school supplies.

Held every 15 days in 101 trading sites across the city, this has increased their recycling rate of 70% with 90% of residents actively involved since the 1990s.

Combining waste management systems with social and environmental purposes provides multidiscipline sustainability for Curitiba. In the “garbage that is not garbage” program, 70% of the city’s trash is recycled by residents. The city’s paper recycling preserves the equivalent of 1,200 trees a day. The purchasing of garbage program (green exchange) focuses on social and environmental benefits.

Low-income families, living in areas unreachable by trucks, bring their trash bags to neighborhood centres, where they exchange them for bustickets, food and agricultural products. This strategy provides environmental responsibility as well as social and economical promotion for poor citizens.

This city employs a community-driven waste management program – mobilised through their 9,000 neighbourhood in education and community building activities. Some may have heard that this city accepted fare payment with plastic bottles.

Their ambitious city development plans and a strong focus on sustainability has led to international recognition and high environmental standards compared to many ASEAN cities. Government incentives and investment has allowed the establishment of over 200 community-scale waste disposal and 21 composting sites. Solid waste generation dropped from 2,000 tonnes / day in 2001 to 1512 by 2017 through their Surabaya Green and Clean Program 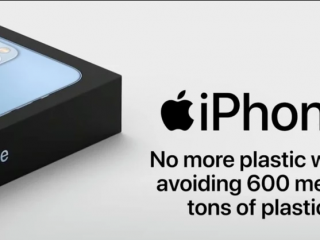 Next Post (n) How Does The New iPhone 13 Fare In Apple's Sustainability Efforts?