If you’re a city girl / boy like me, this pristine 130 million year old rainforest in Penang will peak your curiosity.

I’ve been watching The Green Planet on BBC Earth, and their first episode, Tropical Worlds, left me with an overwhelming sense of wonder for the intense drama that lies  beneath the beauty of these lush ecosystems.

So I ask myself, what have I been missing?

I’m so blessed to be living in one of the most biodiverse regions in the world, yet  I know so little of them. Although I frequently hike the hills of Penang, I’ve never really had someone tell me about the wilderness around here .

Truthfully, I wasn’t really looking either. Sure there were chance encounters with unique trees and quirky plants I had no names for, but I largely admired and just walked on by.

This episode reminded me that there’s more than meets the eye to every plant, if we cared to find out.

So I travelled 800 meters above sea level to Penang Hill , an invaluable UNESCO biosphere reserve that contains many specific fauna, many of which are shared across Malaysia and Singapore.

This time, I had just the person to talk to. Naz, a local conservationist and an avid tree-climber, shares more about the plants and trees with stories I never heard before.

I highly recommend experiencing this lush tropical ecosystem for yourself, and when you do, here are some of the unique plants you may want to look out for

This majestic tree native to Sumatra, Peninsula Malaya and Borneo is popular for use in furniture. Unfortunately, this particular guy is releasing a black sap because he’s stressed. The black sap released by the Rengas is highly irritable to human skin and can cause blisters and sores.

Naz warns that even walking near a Rengas tree during a windy day could potentially blow sap particles onto your skin, as some unfortunate visitors found out with THIS particular tree.

The One You Can Use as Soap

This discovery was bittersweet. I’ve been curious about this common plant for a while now, having seen these furry leaves everywhere when I hike the different hills. A 10 year old kid once taught me that you can rub the leaves together to produce a soap that you can wash your hands with.

I’m so glad I have Naz to finally identify it for me: it’s called Senduduk Bulu or Soap Bush. He says that hikers usually use this to clean their hands during hikes or if they’ve sustained small cuts. It’s commonly used for its healing properties and can be eaten to relieve diarrhea and treat inflammation or used externally to treat wounds and burns, reduce swelling and other skin ailments.

Now I know why I’ve seen it everywhere – it’s considered a problematic invasive species in many regions and it isn’t native to Malaysia. They can establish themselves quickly as the dominant plant in disrupted spaces and crowd out endemic plants – which is why they’re often seen at the side of roads and hiking paths.

The One With Berries You Can Eat

These cheerful shrubs with attractive red berries were seen all around Penang Hill – so naturally, I was curious if they were edible.

Naz calls them Mata Pelanduk (which translates directly to ‘eye of the mousedeer’), a native species that is often used in traditional Malay medicine. He says that women eat the berries to stay young and beautiful, due to their high antioxidant content.

However when I tried to identify the scientific name of this plant thinking it was a type of ardisia, I came to several possible identifications.

Mata Pelanduk is sometimes associated with ardisia crispa or ardisia elliptica . But I also saw many local citizen scientists identify this plant as Sarcandra Glabra on the iNaturalist app (a must-have when you’re exploring your local forest!).

So the jury is still out on what I actually ate that morning. Although I am not 100% sure, at least I know that neither of these plants produce poisonous berries *phew*

You may have better eyes than I do – which one do you think it is?

or watch it anytime on BBC Player

This article was brought to you in collaboration with BBC Studios. 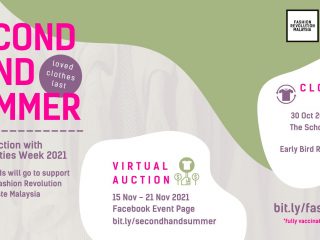 Next Post (n) Make The World Greener And Wilder: How To Take Action After The Green Planet