I was invited to speak on a panel on World Forest Day on PahangFM to share my thoughts on my advocacy work.

Here are a couple reasons why I choose to fight for the environment:

We have no choice.

Protecting our planet is a duty all of us must take seriously. Climate crisis is an urgent reality we cannot continue to ignore – extreme weather events like flooding, droughts, heatwaves, major issues like food insecurity – all of these effects are only going to increase in frequency and severity. The most vulnerable people are the worst impacted and the least able to adapt to these changing conditions.

We have already lost too much time. The more forests we lose – the worse it gets.

Deforestation contributes about 10% of emissions yearly, but forests absorb ⅓ of the massive amounts of CO2 emissions released every year – we are also destroying one of our greatest tools against climate change. But it isn’t just about the climate crisis. Forests are more than trees – they provide food, water, and livelihoods and are imperative to the global ecosystem.

When we lose the environment, we lose our wealth.

I love my country.

Malaysia is one of the richest countries in the world in biodiversity, ranking 12th on the National Biodiversity Index. People travel across the world to see it.

Worldwide, we are facing a biodiversity crisis. And unfortunately, with Malaysia often listed as one of the top 10 countries for deforestation, #6 In 2019, destroying habitat and wildlife, especially when we are blessed with many endemic species, to Malaysia.

Activists and scientists are racing against time trying to document undiscovered species before they go extinct. We are losing them before we even discover them. These losses are irreplaceable. Any species we lose could be the next cure to a life threatening illness. Or part of a critical system that collapses without it.

We are playing a very dangerous game.

There aren’t enough hands on deck; conservationists, academics are fighting an uphill battle against capitalism. We need to keep pristine forests intact, one of our greatest allies in the fight against the climate crisis and biodiversity crisis. How much forest cover do we have left? And remember, plantations are NOT forests. Fast growing trees in a monoculture cannot replace an ecosystem. 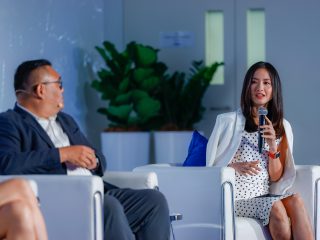