Melissa participated as a model in this competition under the Top Model franchise. She was eliminated on Episode 7.

The third season of Asia’s Next Top Model aired from March to June 2015.[1][2] Nadya Hutagalung confirmed that she would not be returning for season three. She was replaced by Filipino model and TV personality Georgina Wilson.[3][4][5] Joey Mead-King returned to the judging panel for the third time, while Australia’s Next Top Model judge and fashion designer Alex Perry also joined the show as a new judge.[6][7]

The season featured 14 contestants, three from Indonesia and the Philippines, two from Hong Kong and Malaysia, and one each from Japan, Singapore, Thailand and Vietnam. Nepal was once again unrepresented. China, India, South Korea, and Taiwan were also not represented this season. The show was filmed in Singapore once again. 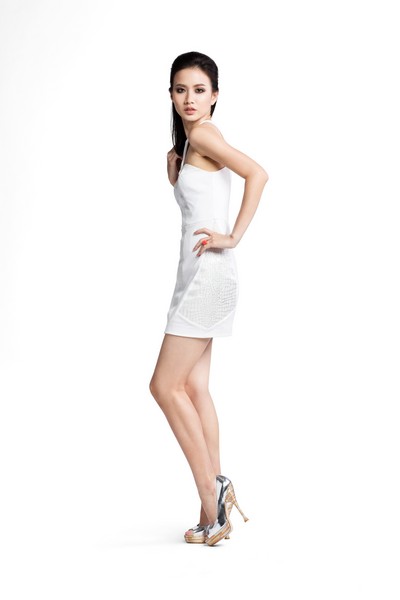 Melissa hosts and produces segments of Tech360.tv, covering the CE Show in Las Vegas and numerous other technology-related news.

Founded in 2016, tech360.tv continues to be the largest online tech video channel in Southeast Asia. Team tech360.tv is committed to bringing you the latest in tech news and gadget reviews. Apart from news and reviews, we also bring our viewers to large global events like Consumer Electronic Show, Mobile World Congress, and even share exclusive up close and personal interviews with key personalities across various industries through our #makingthecut series.

Melissa participated in The Apartment: Luxury Edition alongside many talented contestants vying for the top prize.

With creative backgrounds as diverse as jewelry maker, tattoo artist and handyman, the 12 contestants of The Apartment, season 7 are looking to make a mark as aspiring interior designers. Who will nail the luxury brief? Whose creativity and resourcefulness will impress the judges the most?

Melissa has also caught the acting bug and has appeared in a couple notable series on Viu Originals.

A body is found on the border of Singapore and Malaysia, forcing investigators from both countries to solve the crime and probe social issues.

She eventually discovers that they have been recruited by an organization that is preparing for insurgence against society. The thought-provoking show highlights the conflicts faced by the two main opposing characters and how they tackle the problems faced with catastrophic pressures of family and career.

Back to About Me